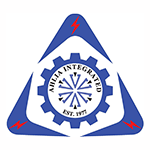 Since inception in 1977 and with a Paid-Up capital of KW.D 20,000.000, Al Ahlia Integrated General Trading & Contracting Co. maintained its existence as prime contractor in the Mechanical Field (H.V.A.C, Plumbing & Fire Fighting) under the previous name of Al Ahlia Air Conditioning, Trading & Contr. Co., which lasted for over 35 years during which it added the Building Automation System (B.A.S.) in 2002, and, also, added the electrical services in 2012. With this expansion and the accumulated trust, the paid-up capital has doubled from KW.D. 750,000.000 to KW.D.1,500,000.000 in 2017.

As we are proud with this existence, and since inception, Al Ahlia has maintained glamorous record of reputation, obtained recognitions from all concerned Governmental Agencies and Authorities, received appreciations of many leading local and international consulting firms, established trust at various levels; all enhanced by quality, commitments, honesty and devotion, well-equipped by knowledge and technicalities, to, ultimately, MAKE IT HAPPEN.

From the start, Al-Ahlia vouched to prioritize quality & commitment through the implementation of the best material & workmanship, the knowledgeable engineering approaches, and the oversights of visions for development & innovative approaches, accompanied by the up-dated technology on the stages in the design, Execution, Commissioning, Service & Maintenance-All in precise compliance with Specifications/ Standards/ Technical/ Documentation / Contractual / etc.

Having gained the confidence in our local market, technically & financially, we envisage expanding our activities beyond our borders to cover external territories, perhaps, initially, establish our presence in the neighboring gulf states.

The most important development in the milestone of Al Ahlia is the acquisition of its major shares by Alghanim International General Trading & Contr. Co to become one of the active & complimentary divisions in the Fouad Alghanim & Sons Group of Companies since August 13, 2012; thus enhancing the scope of the engineering services by encompassing the Electro-Mechanical Turn-Key works (MEP) which now includes all types of H.V.A.C, Plumbing & Fire Fighting, and the Electrical Missions- Particularly Major Projects. As a result of this move, we have opted to modify the name to Al Ahlia Integrated General Trading & Contracting Co. W.L.L, without altering any of our obligations; Also, a serious plan and study are in process for another increase in the paid-up capital soon, primarily to cope-up with the ongoing business progress & development.